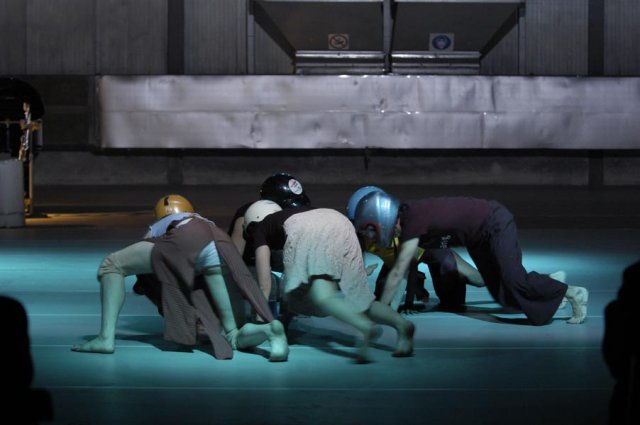 INSOMNIA” — as mysterious as the twilight zone between sleep and wakefulness, where reason is not yet operative, while unconsciousness has already ceased to be in control: the nocturnal side of human life, the broadening of the field of perception, the lagoons of dream, the cliffs of exhaustion, the darker powers of imagination, the sleepwalker’s self-forgetfulness — all of this and more can be seen in the state of insomnia: the monstrosities of dream, no less than the innocence of repose

The state of sleeplessness, which the dancers present as a concept of life, resembles the delirium of dream, which puts us in touch with images of pain and loneliness, but also of hope. Is it a question of love and other such ferocities, or are they tortured by memories: who would dare to say? In dreams we know only what things resemble, never what they are.

The man who cannot sleep is exposed and unprotected, an outcast, alien to himself and nearly so lonely as in death. Riz asks herself, “Is insomnia our current mode of existence,” … “do we flee into interior worlds, incapable of facing up to anything more,” … “do we live simply because we are not dead?” It’s clear that those who ask such questions already face the unknown. INSOMNIA is an attempt to survive in the niches and minor interstices, which remain to us, but it also embodies a longing for the realization of new hopes. If the world destroys itself, we too will have had a hand in it. Is the attempt to save it, in order to save ourselves, a reason to shape these thoughts into forms that can grow concrete on the stage?