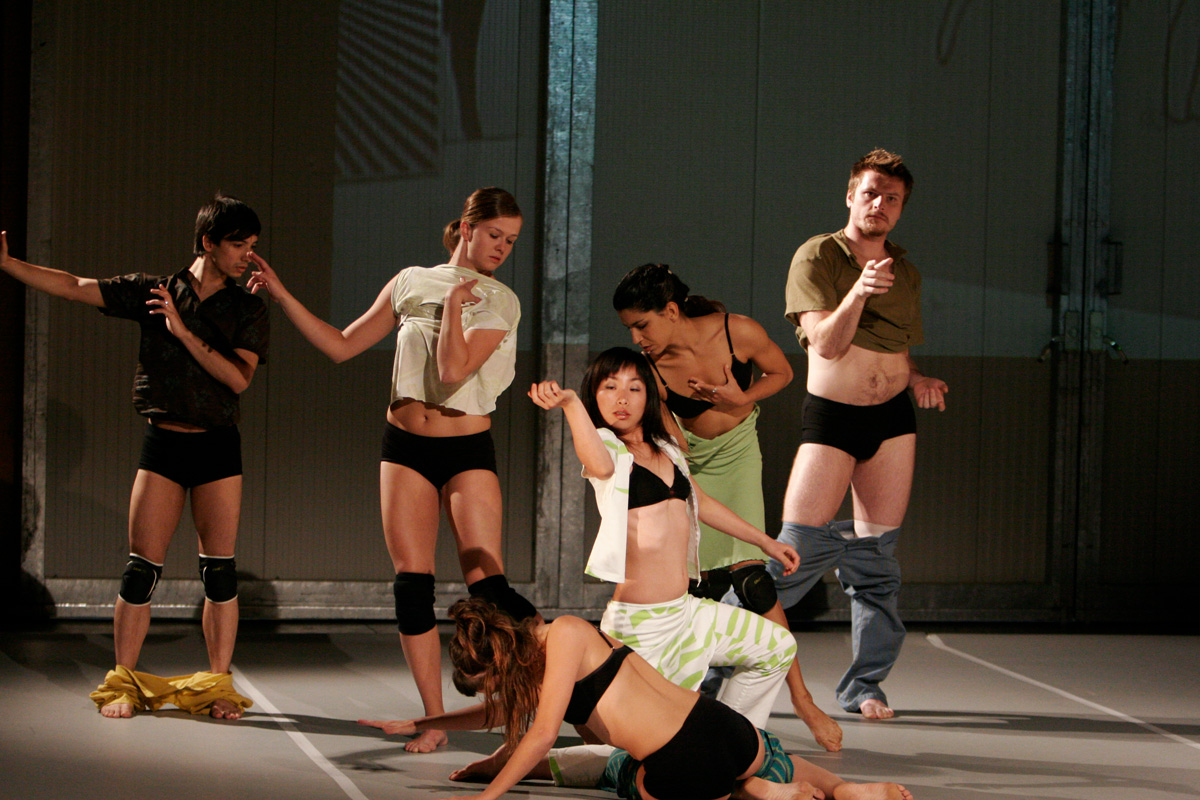 What do we see when we are looking at dance? What, in general, do we perceive when things, people, objects speed race by in front of us. As the eye moves back and forth and follows things, what does it remember, what will it be able to remember? Schleudergang addresses the phenomenon of speed and memory.

Six dancers from six different countries, male and female, throw their bodies into an arena of speed, acceleration, and slowness, of scraps of memory, corporeal memory, and the fear of forgetting. This piece is explicitly concerned with the oversaturated eye, with the gaze that attempts to grasp and hold events and objects that are flying by, and literally to bring them to rest, which in fact is a hopeless task. What remains if no story is told, if no texts are established, if images consist entirely of movements?

Attempts to remember run off into rivulets of traces of movements, into moments where nothing is distinct, into streaks left behind in the eye. Schleudergang juxtaposes rest to racing speed, slow motion to accelerated motion, forgetting to the recovery of memory. The audience are invited to allow their gaze to wander in this flood of movements. The eye becomes flaneur. The London composer Phillip Moll meanwhile creates the live soundtrack that accompanies the performers’ movements, guiding, spurring, hindering, provoking them, or seducing them into moments of upwards flight. The stage set by the Italian artists Eva Marisaldi and Enrico Serotti likewise functions as a kind of memory box, or as a visual completion and complement of the events taking place on the stage. The dramaturgical thread is spun by Susanne Foellmer from Berlin.