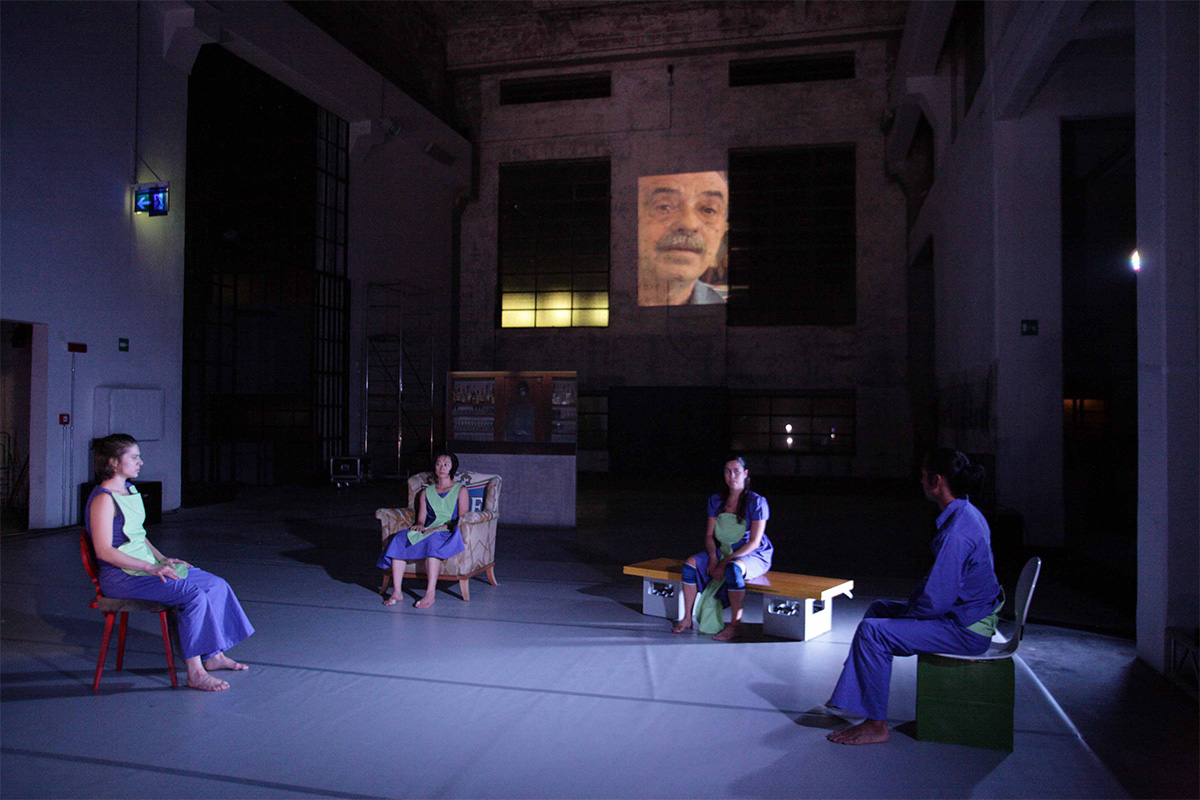 Home is where your friends are. And when you find yourself living in someplace new, you want to make new friends as quickly as possible. Three dancers from three different backgrounds Japanese, German-Romanian, and Dutch-Indonesian are on a two-month visit to South Tyrol, and in searching out contacts, they deploy the typical tactics that might open approaches to members of the local population. They also lend ear to other foreigners: to those who have already managed, or been attempting already for a longer period of time, to make themselves at home in South Tyrol, and who in doing so have pursued a number of paths.

A party without invited guests. That’s the beginning of JOPAS: a new production by South Tyrolean choreographer Veronika Riz. The dancers party among themselves and their imaginary guests, who constitute a mixture of remembered, real encounters and of pure imagination on the part of the dancers. Starting out from video interviews with immigrants as well as locals, the dancers create a multifaceted image of the population of South Tyrol, as registered in the world of their own perceptions. Clichés intermingle with the unexpected, facts with fleeting prejudices, in a mosaic of diverse images of the notions of “home” and “homeland.”

In the course of these last few years, Veronika Riz has worked on numerous stage presentations with dancers from many countries. The resultant openness and her trained eye for culturally influenced movement sequences and body languages help her to descry a path from the affirmation of the purely personal to a true and proper dance language. JOPAS finds its goal in discerning the many-sided strategies of integration, in revealing cultural differences in the ways in which these strategies are deployed on the stage, and in seeking out unexpected and unusual possibilities. The choreographer, the dancers, and the musician Ulrich Troyer all working together in a space designed by the artist Hubert Kostner bring a novel form of exchange into existence.